Life gives us situations, not solutions. Solutions are always created by our knowledge refined into wisdom through our understanding. As the physicist Max Plank (1858–1947) who had won the Nobel Prize for his discovery of energy quantum (the famous ‘Quantum Theory’) famously said, Science cannot solve the ultimate mystery of nature. And that is because, we ourselves are part of nature and therefore part of the mystery that we are trying to solve.

During the initial stages of my adulthood, I developed some knowledge about life and work – mostly by trial and error rather than through systematic and scientific study, which is ideal. The latter process not only needs more time but also a right teacher cum mentor. This practice of mine incidentally aligns with the thoughts of the great Austrian-British philosopher Karl Popper (1902–94) who said, “…since we can never know anything for sure, it is simply not worth searching for certainty; but it is well worth searching for truth; and we do this chiefly by searching for mistakes, so that we can correct them.” My biggest learning through the several iterations of modifications and additions that I have done to my ancestral home is the following: I am bound to commit mistakes and should work hard not to repeat them.

The relative peace of the good old days, so nostalgically remembered by my elders, was mainly because social elites—intellectuals as well as wealthy and well-placed professionals—did not face much competition in a heterogeneous society like India, even as recently as the 1950s. In a country like India that has a strong sociocultural base, there have been many traditional practices. Hence, the society was generally connected because of a common cultural ethos. This feeling of connectedness provided the much-needed emotional security.

Two meals a day, a roof over your head for resting and living with parents, uncles, aunts, siblings along with cousins made people feel that life shall go on eternally with ease – until they faced the heat of responsibility, to take appropriate decision at difficult situations in the family and at work. Some of us, born in the early 1950s, assumed certain responsibilities both at home and work in the beginning stages of adulthood and started feeling the pressure of balancing personal life that included profession or business on the one hand and meeting the expectations and entitlement feeling of family members or senior colleagues at work, on the other. A few individuals, who had confidence in their capabilities—in terms of knowledge and skills, including adaptability—apart from not having much responsibility at home, left India and went to faraway countries like Australia, Canada, UK or USA, perhaps because English was spoken in these countries and the public infrastructure and work culture were well established there.

The mid-twentieth century was perhaps the beginning of the so-called modern, technology-driven life, with the invention of the electronic device known as bipolar junction transistor; this was made using semi-conductor materials like Germanium and Silicon, an invention of William Shockley in 1948 and was mass produced starting from the early 1950s.

In the 1970s, beginning with the global oil crisis, development of Integrated Circuits, Micro-processors and other technological advancements, followed by globalization, there was a dramatic change in employment opportunities and living conditions. As an Electronics Engineering graduate in the early 1970s, I was one of the beneficiaries of this. Immediately after graduation I got challenging, but well-paid job in an established public sector organisation, pretty close to my ancestral home.

Though India started the globalization journey formally in 1991, I had already joined the bandwagon of Technopreneurs long before. With globalization, the velocity of technology development and its implementation increased manifold. This resulted in speeding up of democratization and empowerment of individuals – irrespective of nationality, religion, and socio-economic status. However, this also dramatically increased the rate of obsolescence for the product or process, creating more pressure on individuals as they had to keep pace with the change. The so-called ‘generation gap’ started shrinking faster than expected. Albert Einstein said years ago, “I fear the day that technology will take on our humanity. The world will be populated by a generation of idiots.” It looks like we are approaching that situation faster than we understand the profound nature of Einstein’s statement.

Since the turn of twenty-first century, with increasing democratization through technology and the resultant illusion of empowerment, the individual’s aspirations have been rising without regard for their capabilities and resources. In spite of increased use of technology, a majority of individuals have hardly improved their quality of knowledge or standards of skills. On the contrary, many things are taken for granted with increased use of appliances and applications (apps).

I have narrated briefly the technological evolution over the last seven decades and its resultant impact, which I have witnessed and been part of professionally to an extent. It is under these circumstances that I managed our ancestral home through modifications and additions in addition to my profession / business, family, and society. Now, over the course of fifteen blog-posts, I have shared my experiences of managing ancestral home spread over the last fifty years along with various situational issues both work and family related.

In the years 1971–89, the additions and modifications were a necessity; but, during 1990–2015, such activities helped me relieve some of my pressures arising out of work / family / social situations. I derived a sense of great satisfaction time and again on completing such modifications and additions.

To me, my ancestral home represented the sociocultural environment of late nineteenth century and gave me an idea about the way my forefathers led their lives. It also represented the strife and toil that they went through. Since the demise of my father in 1989, I have assumed the position of karta (duty-minded manager) to manage the property, more as a bridge between my paternal ancestors and the future generation consisting of the six grandchildren of my parents as well as their families. 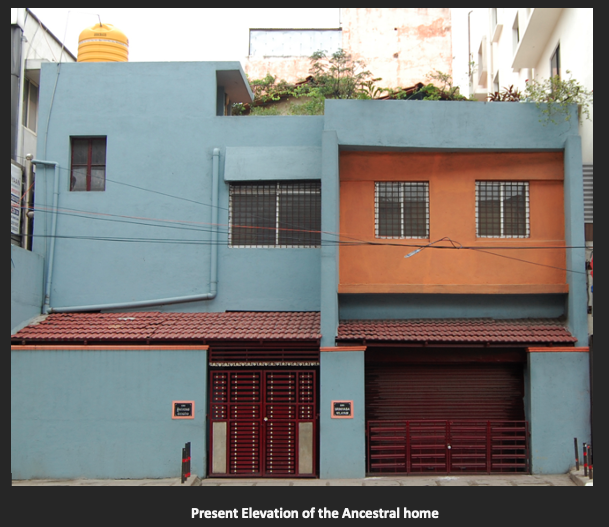 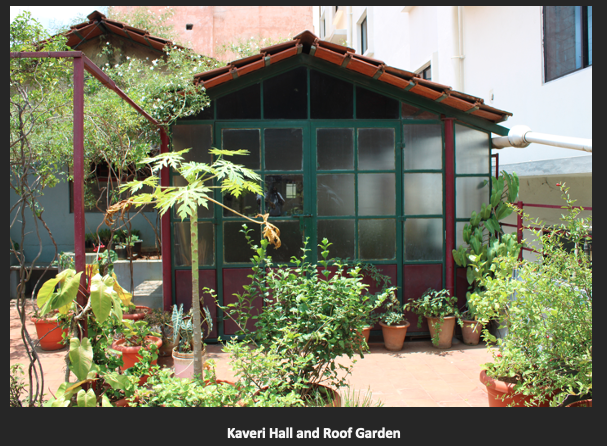