“Don’t let anyone rent a space in your head,

unless they are a good tenant”

Immediately after his retirement in 1935 my paternal grand-father M A Srinivasachar initiated the modification of the bamboo-roofed house built on mud walls to turn it into a pucca house with Madras-terrace for the front half and tiled roof for the rear portion, supported by Burma teak pillars and beams (unlike today’s RCC pillars and beams). He invested all his retirement benefits in rebuilding the old house after obtaining the necessary release deed from his only brother Venkateshachar so that later on, his son M Venkatesan would not have to face legal issues. When my cousin Hemalatha visited us, she mentioned often, “Thatha had taken money from my hundi (piggy bank) to make good for the shortfall during the fabrication of the entrance door and so, a part of this door belongs to me!”  Today, that entrance door is an antique piece; it is difficult to repair and perhaps impossible to replicate. However, Srinivasachar was not fortunate enough to live in the modified ancestral home as destiny had different plans!

The Srinivasachar-Kaveriammal couple had two children: Kanakammal (1912–97) and Venkatesan (1916–89). Kanakammal, who was married to A V Ramasawmi in 1927, had given birth to Rajagopal (1928–2015), Hemalatha (1930–2019) and Sounderrajan (1932–99) at our ancestral home. In 1936 Kanakammal was pregnant with her sixth child, Anand (1936–99) and was living at Salem where Ramasawmi was the Chief Engineer with the Erode Electricity Board. As Kaveriammal wanted to help her daughter at the time of delivery and subsequently for the post-partum period, Srinivasachar had to accompany her to Salem. Hence, he reluctantly let out the newly built house to one Dr. Vijayaraghavan, a medical practitioner for a meagre sum of thirty rupees and requested him to care of the house properly till he returned.

Srinivasachar was not particularly comfortable living in his son-in-law’s house at Salem although it was a palatial residence with many servants. He had just retired as Office Superintendent from Mysore Government Insurance Department and soon after got busy with rebuilding his old house. Being jobless, he found it difficult to spend his time meaningfully though there were grandchildren around. He was also suffering from diabetes. Looking at his restlessness, Kaveriammal thought it would be better if he lived in Mysore with her brother Prof. Narayana Iyengar, as there were people to take care of him.

Prof. Narayana Iyengar (1895–1974) was teaching Mathematics at Maharaja’s College, Mysore and was living with his family which included his six children in the age group of two to seventeen years and widowed mother-in-law, Kanakammal (Srinivasachar’s sister). While Kaveriammal spent her time taking care of grandchildren and helping her daughter (who had lost her seventh child in 1938 and eighth was born in 1939), Srinivasachar’s health was deteriorating over time.

Around the time Srinivasachar breathed his last (1942), Ramasawmi was  transferred to Dacca (which was then part of India) and his family was still in Salem. He suggested to his brother-in-law Venkatesan who was then doing his internship in Bezawada (today’s Vijayawada) to settle down at Bangalore in his ancestral house so that his six children can be admitted to school there. Thus, in 1942 Venkatesan got a job in Military Engineering Service (MES), courtesy his brother-in-law. Dr. Vijayaraghavan, having lived in our ancestral home for nearly six years for a measly rent vacated it without making any fuss.

Thus, Venkatesan got married to Indira in May 1943 and began his family life in his ancestral home. This went on smoothly and the Venkatesan-Indira couple had five children by 1955. Sometime in 1956, for asking his boss uncomfortable questions at work, Venkatesan was transferred to Khadakavasala, a remote village on the outskirts of Poona where the National Defence Academy was coming up. Venkatesan had to shift with his family (mother, wife, and five children) to Khadakavasala.

Before moving out of Bangalore, Venkatesan had identified one Bowerlal Surana belonging to the Marwari Jain community, who was looking for a large house for his joint family of three brothers. A nominal rent of seventy rupees a month and ten months’ rent as advance was fixed. Kaveriammal handed over the keys of the house to Bowerlal in front of the painting of Lord Srinivasa and told him, “He is the witness! You have to hand over the keys back to us whenever we return!” Every year Bowerlal used to write to Venkatesan giving the details of expenses that he incurred for maintaining the house and adjusted them against the rent that he owed.

In April 1960, Kaveriammal brought my elder sister and me back to Bangalore from Coonoor (where Ramasawmi had purchased a palatial house in 1956 for his post-retirement life). She brought us back to Bangalore with a view to enrol us into a school. We had spent the whole of the previous year living a carefree life in Coonoor. On reaching Bangalore, we stayed with Rukminiammal (1906–82), Kaveriammal’s youngest sister at Malleswaram (around nine kilometers from Ulsoor) because our ancestral home had been let out. 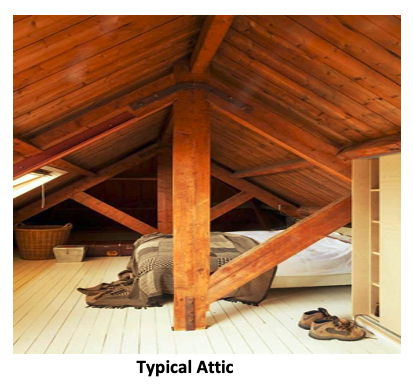 A few days after reaching Bangalore, along with Rukminiammal’s son Kuppuswamy, we visited Bowerlal to inform him that we were back and that we wanted the house for ourselves. Much to our shock, he had changed the backyard and the interior of the house to suit the convenience of his family. All the trees – drumstick, cashew, and neem – and the various flowering plants had vanished. In their place we saw an out-house and a couple of toilets with some empty land between the rear door of the house and the out-house. A few wooden attics had come up in a couple of rooms which housed items like vessels, cycles, etc., which had been mortgaged to Bowerlal (as he was in the lending business). Bowerlal told us that he needed some time to find a suitable place for shifting his large joint family. Kaveriammal suggested that at least a room is given to start with and he can take some time for finding another house. She further said, apart from two of us, the other two kids will also shortly come back with the parents and hence, we will need more space. Bowerlal reluctantly vacated one room at the back side with an attic, to which we moved in early May.

By end of May, my father returned with my mother and other two siblings from Khadakavasala (my eldest sister had passed away in 1957 having succumbed to juvenile diabetes). My father borrowed some money from his brother-in-law Ramasawmi to build one room and a bath-room so that the family could live with some ease. Though Bowerlal had released one more room by the time my parents returned, it took three more years for him to find another house and hand over complete possession of the house to us. Meanwhile his third son Jawaharlal who then was studying in school became my good friend and our friendship has continued for a long time

Living with Tenants
Scroll to top