“We will only understand the miracle of life fully when we allow the unexpected to happen”. – Paulo Coelho, Brazilian Poet and Author

During my younger years, I was mostly driven by the systems practised in my family, school, college, and the society at large. During those growing years, doing anything against the established norms I deemed as risky. In my early twenties I began perceiving risk in relation to a particular activity based on my capabilities, perceptions, and the environment in which I have to undertake the work. Until my late thirties, in spite of all my academic qualifications, while taking decisions, I was more driven by my nature, focusing on perceived needs and values (as per the frameworks that I had developed) rather than from the perspective of risk. I must admit that on many occasions things fell in place as I had expected, perhaps due to the frameworks or one can even attribute it to luck. 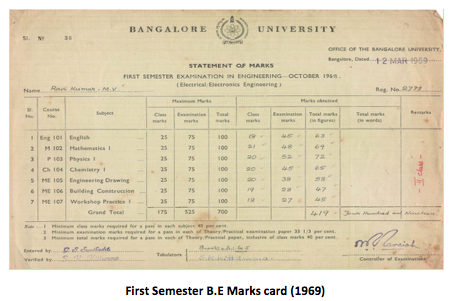 Generally I’ve perceived risk from the perspective of reputation or finance. There have been occasions where my credibility was at stake. That was the risk. When the results for my first semester engineering exams were announced, I had the biggest shock of my life. My aggregate of seven subjects was just one short of first class (60%) and in two subjects, I’d scored less than 50%. I had the reputation of consistently being the first or second in school (there were six sections for each class) and I could not swallow this. When I shared my feelings with some professors and my father’s uncle, a former professor of Mathematics, they assured me that one should initially expect such hiccups after joining a professional course. Fortunately, I went ahead without brooding about these scores and completed my engineering with over 71% (average of 10 semesters).

Immediately after graduation (1973), I applied for few jobs. My joy knew no bounds when I received the appointment letter for the position of Assistant Executive Engineer (AEE) from one of the premier public sector undertakings – Indian Telephone Industries Limited (ITI). More than 8,000 engineers had written the competitive examination for ITI’s requirement of 75 AEEs. Within a month of joining, I was posted to the Research and Development (R&D) department and was handed over a major project of the Indian Railways – to convert the Transistor version of the Supervisory Remote Control equipment for Traction Power Control of electric trains to the Integrated Circuits (IC) version. I was the youngest in the department and several older people who were part of the design and development of the Transistor version looked at me as an alien. I found it difficult to understand the system and circuits – not just the technical part, but also human part, as they were reluctant to share or explain. I was disturbed and this was affecting my self confidence.

Fortunately in a couple of months’ time, two more fresh engineers from Guindy Engineering College, Madras (now Chennai) joined the department. Of the two, one happened to be my immediate junior in school. I could easily get along with them and we quickly formed a formidable design team.  My school junior extended his partnership also to the part-time enterprise that I floated (1979) for manufacturing instruments. 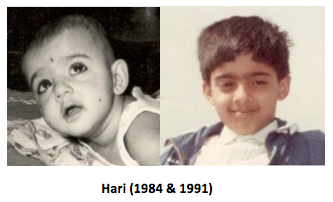 Soon after, I got married (1980), my wife’s uncle – an entrepreneur from Bombay (now Mumbai) approached me for R & D work to develop some new instruments and production of some of his company’s on-going products. Compared to the type of work that we were doing at ITI, this was fairly simple. Thus, the new part-time enterprise got an opportunity to expand.  In about three years’ time the enterprise was doing well, but my life had become very hectic – managing full time job, part-time enterprise and family (with an addition of cute little Hari). Hence, I decided to resign from ITI (1984) to become a full-time entrepreneur.

Having worked in a big setup with a lot of assistance for ten long years, I was finding it difficult to work alone.  Just a few months earlier to my resignation, my partner had got married and perhaps due to that his contribution to the enterprise dwindled. Around this time, my grandmother passed away and my only employee’s sister died of burns after a fire accident at her home. These events exposed my unpreparedness to be a hard core entrepreneur.

The entrepreneur, who was supplying Printed Circuit Boards (PCB) for the instruments that I was manufacturing, shared with me his experiences of business partners leaving him in two of the enterprises that he had established within a short time of a year. He further said that he was looking for a partner who can invest some money and take care of marketing and finance functions. He had a small manufacturing unit with ten people working for him. After a couple of meetings with him, without much understanding of the risks involved, I joined the firm to become the Commercial Executive. Having taken over the commercial functions, the first task I completed was to convert the firm into private limited company.

In five years’ time the company’s growth was substantial; to the extent that we had expanded from a 1,000 sq. ft. space with ten employees to nearly a 25,000 sq. ft. space with seventy employees, and had nation-wide customers. When the Indian economy got globalized (1991), while I felt it would be better for the company to go public for scaling up and consolidation, the other founding director rejected the suggestion.

On the home-front, I had lost my father (1989) and my wife had taken ill for a while. With two growing children aged seven and five years, I realized the need to give attention to family front because my wife was a full-time lecturer. By then, with nearly eighteen years of work experience, I had evolved the risk mitigation framework for myself.

With increasing automation and continuous need for learning, coping with uncertainties has become more difficult. Over time, I have learnt to slow down, so that life is that much easier to handle.

Transition and Transformation
Scroll to top