“Respect, Recognition and Reward flow out of performance,”

Nothing great was ever achieved without enthusiasm, said Ralph Waldo Emerson (1803–82), an American Transcendentalist poet, philosopher, and essayist. I vividly recall, even from my younger days, whatever I took up – playing a game of cricket, debating, being a cadet of the National Cadet Corps (NCC) or writing an examination, I did everything with a great deal of enthusiasm. Even now, at sixty-nine, when I develop and implement a service project or mentor a Start-up entrepreneur, I do that with the same amount of enthusiasm. This does not mean I have achieved great things. But I have experienced fulfilment from the activities that I have done.

At Rai Bahadur Arcot Narayanaswamy Mudaliar’s School (RBANMS), where I studied higher primary and higher secondary classes (1961–67), based on the performance in the final examinations, the management had instituted prizes for the top three performers, both subject-wise and for the highest aggregate marks. The prizes would always be books. With all the books that I received as prizes, I established a small library in 1966 and named it Lal Library in memory of our former Prime Minister Sri. Lal Bhadur Shastri, who met with an untimely death in January 1966. I used to lend these books at a nominal cost of fifty paise per book for a week! I recall some of my teachers taking me to their homes and feeding me snacks and sweets as well as giving me gifts. Later I realized it was their way of encouraging me to get a rank in the tenth standard State-level Board Examination. These awards and recognition received during my younger years perhaps laid the basis for my motivation to perform well academically in the later years of my life.

At the Research and Development (R&D) department of Indian Telephone Industries Limited (ITI), I was the Design Engineer heading a team of a few technical personnel. The Supervisory Remote Control (SRC) equipment that we had designed for Southern Railways to monitor and control Traction power was inaugurated during November 1979 by the then Chief Minister of Tamil Nadu, M. G. Ramachandran, a famous movie star. Our General Manager (R&D) Jaisimha called me to the stage and hugged me saying, I am proud of our engineer who made it possible – this was a great recognition for our team work. Our team had slogged in the field for over two weeks to install the Master Control Room equipment including the display panels and the six remote station equipments, working sixteen hours a day.

Although I feel I don’t really deserve it, the best recognition I’ve received so far is being recognised as an engineer who has contributed well to society in the areas of education and industry by M. S. Ramaiah College of Engineering on the occasion of 150th birth anniversary of Bharat Ratna Sir M. Visvesvaraya (in 2011), who is arguably the greatest engineer India has produced. Having been a student of the engineering college established by Sir M. Visvesvaraya in 1917—UVCE—it was overwhelming for me to be recognised under his name. Incidentally I was also recognised by the All India Manufacturers Organisation (AIMO), an association established by Sir M. Visvesvaraya, as one of the six successful Small and Medium Enterprise (SME) entrepreneurs from Karnataka on the occasion of AIMO’s diamond jubilee celebrations (in 2001).

I registered for my Ph.D in my early fifties and I was fortunate to have a great human being, Prof. M. K. Sridhar as my supervisor, who stood by me throughout the process. When I was writing my thesis, in the later part of 2008, I was diagnosed with Soft Tissue Sarcoma (Stage IV), an extremely rare type of cancer and had to undergo surgery. Prof. Sridhar was one of first persons to visit me at home after I was discharged from the hospital, just to assure me that he will be with me till I complete the thesis! The day I went for his signature on the completion of my PhD (18th February 2010), his eyes welled up with tears while he hugged me. There cannot be a better recognition than this for my research work. Another noteworthy recognition during my research was the paper that I had presented at an international conference organised by Indian Institute of Technology, Bombay in January 2007, shortlisted as one of the fourteen papers chosen for publication of a book (out of 115 papers presented).

After I finished Ph.D, I was fortunate to work on a few case-studies and research papers along with my fellow Ph.D scholar Dr. N. Ramesh. One of the case-studies that we wrote won the first prize (with a cash award of Rs. 25,000) in a case-study contest at the Indian School of Business, Hyderabad (2012). Another case-study that we co-wrote with Prof. Barnabas was published by Ivey Publishing, Canada (for which we’ve been receiving royalty since 2014 whenever it is bought by a faculty from any college in the world).  All these were possible only because of right association and team work. The experience has been enriching and fulfilling.

I’ve been a Rotarian since 1988, but it is only from 2000, after being installed as President, that I seriously took up service projects that would benefit the community. I happened to turn fifty that year and decided to implement fifty service projects. I’ve not looked back since. Over the last nineteen years, I’ve received several awards and recognitions on the Rotary platform as well as from other institutions for the service projects that I have executed. Though I initiated most of these service projects, it is always a team of many Rotarians and non-Rotarians as well as the structured system of Rotary International and Rotary Foundation that have enabled me to implement them.

Rewards are tangible and impersonal. Based on a set of parameters the performers are evaluated and awards are given. However, recognition is more experiential and personal. While awards, may it be citations or certificates are there to show, recognitions stay in our mind for ever, motivating us to perform more and better. 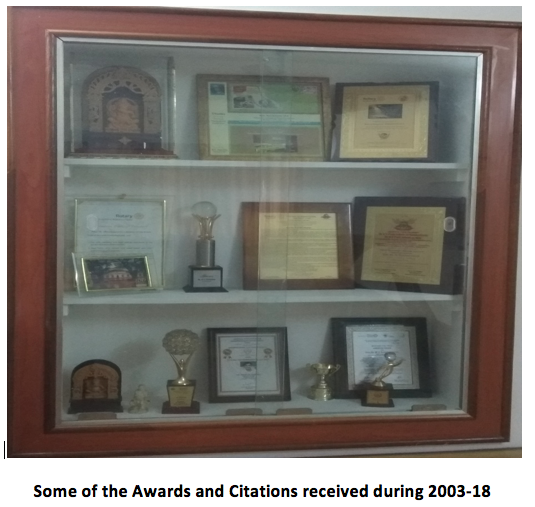 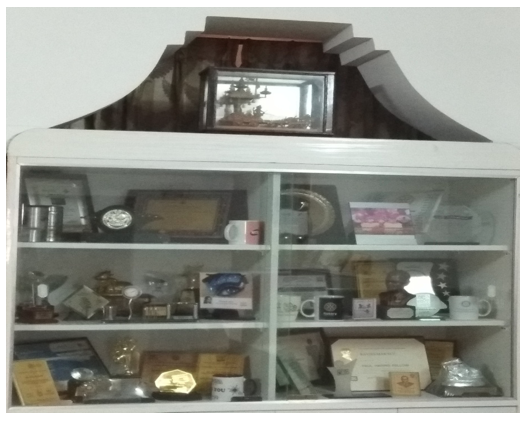