“Life is fundamentally a mental state. We live in a dream world that we create. Whose life is truer, the rational man of action pursuing practical goals of personal happiness and wealth or the philosophic man who lives in a world of theoretical and metaphysical ideas? We ascribe the value quotient to our lives by making decisions that we score as either valid or invalid based upon our personal ethics and how we think and behave,”  – Kilroy J Oldster, in his book Dead Toad Scrolls (2016) 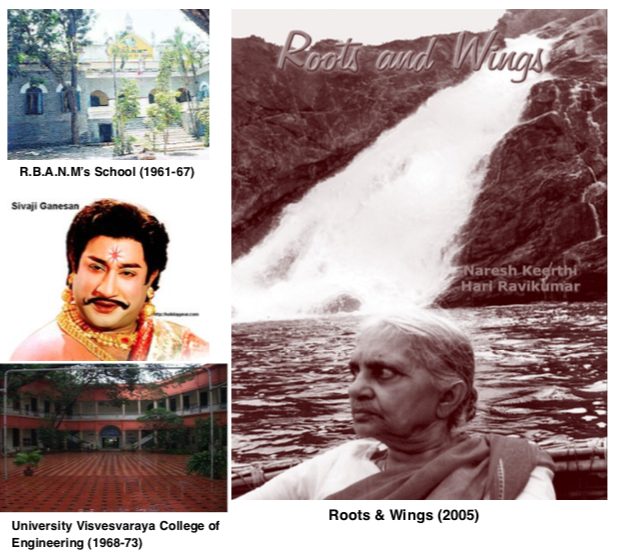 By nature, I did not have great passion for anything. I really enjoyed my carefree childhood years. As I was born and brought up in a joint family environment, based on my observation of elders in my family, I learnt to be responsible in whatever I took up. This made me a duty-conscious person. Perhaps because of this, most part of my early schooling days—at least till I entered high school (1964)—I was given the responsibility of being the lead singer of the prayer at the school assembly as well as the monitor of my class. I also happened to be the School Captain during my seventh standard.

I was chosen on several occasions to represent my school in inter-school debates and a few of the sports events. Being a duty-conscious boy and because I was representing the school, I always thought that it is my responsibility to win a prize for the institution. In this manner, responsibility was one of the earliest values that got embedded in me during my early years.

As my teachers gave me opportunities to bring out some of the innate potential that I had, I developed respect for them and this respect over a period of time became gratitude, another value that was seated firmly in my mind. During the later part of my life, this sense of gratitude also developed towards immediate elders in my family because they gave me complete freedom to do whatever I did throughout my initial growing years.

From the time I entered high-school, I got terribly interested in watching Tamil films, mainly the ones in which Sivaji Ganesan[1] was the hero. This went on for three years. Although many of my classmates would bunk classes to watch movies, I never did that because my father was an avid movie-goer himself and did not have any objection to my watching movies. There was no need for me to tell lies or bunk classes to watch a movie.

Upon entering college, I saw a few people indulging in copying – not only the assignments and Lab./Workshop records, but also in exams. This was initially shocking but I got used to it over a period of time. As a student of the first batch of Electronics and Communication Engineering with a Semester Scheme[2], I did not have much time to look at anything else for the greater part of five years (1968–73) until I completed my graduation. Working hard to move from one semester to another with a first class was my only aim.

It is during my employment years (1973–84) and later as an entrepreneur (1979–2001) I understood more about the need and importance to hold on to my perceived values. I developed a Value Table to bucket them appropriately to keep my conscience clear.

During my turbulent times, both at my work place and family situations, this bucketing of values and knowing the drivers behind them helped me in choosing the right value for the situation, since I had an understanding of the possible outcomes.

Just to elaborate, let me briefly narrate the situations that I had to go through within the span of a single year – 1989. At that point in time, I was managing three enterprises that I had co-founded, anointed as President of Karnataka’s Electronics Industries Association, and being part of a joint family, I had to attend to my father (aged 73) who had a heart ailment and my wife (aged 32) who suddenly developed Rheumatoid Arthritis. We also had two young children (aged five and two). Having been a duty-conscious person right from childhood, it was possible for me to sail through such situations, fulfilling both my professional and family responsibilities, thanks to my value table.

Not wanting to compromise on my perceived values, I came out of the businesses that were financially doing well. In 2003, I suggested to my son Hari and nephew Naresh (both college-going students then), knowing their flair for writing, to write a book that brings out the importance of human values through a life sketch of my mother. They both readily agreed and the resultant book was Roots and Wings.[3] The book was formally released on the occasion of the twenty-fifth anniversary of my wedding with Hema in May 2005 and copies were given to many of my friends and relatives. The book was well-received and later translated into Kannada (by my mother-in-law, Smt. Malathi Rangaswamy) and Hindi (by my cousin’s husband Dr. Dharamraj Vaghela). This was my way of perpetuating personal, family and social values to my next generation.

As Aristotle said, the ultimate value of life depends upon awareness and the power of contemplation rather than upon mere survival. However, life and time are the world’s best teachers. While life teaches us to make good use of time, time teaches us the value of life.

[2] In the ‘Semester Scheme,’ examinations were conducted bi-annually. This was first introduced by Bangalore University in the year 1968.