“Our thoughts shape us. We become our obsessions.”  – Kilroy J Oldster, in his book Dead Toad Scrolls (2016)

I saw opportunities with reference to my learning competence and ability to sustain. Born to middle-class and duty-conscious parents who lived in a joint-family system, during my adolescent years I did not develop any big ambitions. At every transition point in my life, regardless of the number of options that I had, taking care of the family was a sort of obsession.

After completing my tenth standard (1967), I was prepared to start working, in case I could not continue with my studies. I was fortunate to continue my studies as I got National Merit cum Means Scholarship. On completing my one-year Pre-University course, I had three options – join B.Sc. / B.Sc. (Honours), Engineering, or Medicine. I knew very well that I was not cut out for Medicine. My main objective of graduation was getting a job. I had scored well in Physics, so I could easily get admission to B.Sc. (Physics Honours). I joined the course and started attending classes. Within a few days of joining the college, I visited my father’s uncle, who was a senior professor of Mathematics and informed him of my decision. He took out the newspaper of the previous day and showed me the news of Bangalore University starting a new branch of engineering – Electronics and Communication from the 1968-69 academic year. He said, ‘Future career opportunities lie in technology, so apply for this!’ He added in a jocular vein, ‘If you do a B.Sc and then perhaps an M.Sc, you may also take up a teacher’s job like me!’ Based on his advice, I visited the Department of Technical Education, collected the application form for B.E., and applied for it, the very next day. Within a week I received an admission letter to join then University College of Engineering (presently University Visvesvaraya College of Engineering). In the bargain, I had to forego the fees that I had paid for B.Sc (Hons.).

After I completed engineering, I had three options – higher studies in India, higher studies abroad, or employment. I had applied for a post-graduation program at the Indian Institute of Science (IISc.) and written to a couple of professors at universities in the United States. I had also applied for job in a few Public-Sector Undertakings (PSU). I did not get admission to IISc. The process of selection was taking a long time in the PSUs, so I decided to take up a job at Avalon Products Pvt. Ltd., a local company manufacturing automotive components, as ‘Design Engineer – Trainee.’ Meanwhile, I also received responses from professors of Case-Western and Ohio State universities with the application form for a master’s program. They said that I have to clear TOEFL and GRE (Aptitude) and further mentioned that it should not be a problem to get some fellowship and fees waiver in second semester based on my performance. When I informed my father about this, he said that he would be retiring in the course of the next three years and that I should better look for a job in Bangalore itself, because I had three younger siblings who have to be nurtured.

Though new opportunities were emerging in the seventies, as I did not have any plan of my own, I was happy going to Avalon and spending my evenings in one of the two shops that I had rented out in our premises. In January 1974, I received the appointment letter from Indian Telephone Industries Limited (ITI) with a bunch of forms to be filled up. After fulfilling all the formalities of obtaining a Character Certificate from a Judge and a Medical certificate declaring that I was fully fit (with 20-20 vision better than -4.0 in both eyes), I joined ITI on 6th March 1974. 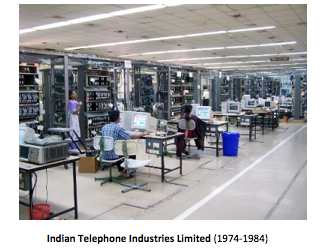 After joining ITI, I decided to pursue higher studies in Management through part time Higher Education Programs. In 1979, I utilized an opportunity to sell few instruments to the production department of ITI through a friend’s firm. This ignited my entrepreneurial aspirations. Around the same time I got engaged to Hema and our marriage took place in May 1980. The next one year was spent in establishing rapport with my newly married wife – mostly going out for movies and short trips within India. With part-time business doing well, I had to take a call – to continue with the job or become a full-time entrepreneur. As we were living in our ancestral home and Hema had a full-time job, I decided to take a plunge into the entrepreneurial world in early 1984.

By 1991, the three start-ups that I had initiated in 1980, 1984 and 1987 had grown into stable enterprises; but, coping with demands of business and family was becoming tough. Having made up my mind to come out of business, I thought of four options – establish a trust to promote a training institute, take a professional course like a CA Program or register for Ph.d, become a consultant and establish another enterprise. When I asked my auditor if I could take up the CA program, he laughed at my idea and said that it would be better for me to become an advisor or a consultant aligned with my experience. I met Prof. Gopal Valecha of Indian Institute of Management, Bangalore to discuss registering for Ph.d. Citing his own case he said, ‘it was really difficult to come out of well-paying government job to pursue my passion – research. If you are serious, you have to commit yourself fully for 4 – 5 years’. 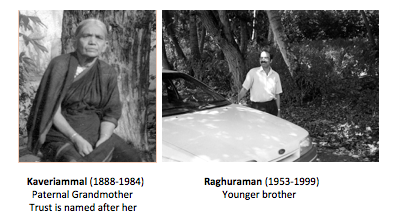 I went ahead and registered Kaveri Trust (1993) with me and Hema as trustees along with my auditor Mr. Suresh. I also established a consortium company to promote exports of electronic products with the support of a few of my business friends. While the company grew steadily over four years, my younger brother who was working abroad was diagnosed with cancer and succumbed to the disease in late 1999. Again I had to seriously rethink whether to continue with the business. After visiting my ‘needs frame-work’, I decided to direct my efforts more towards research and social work. Being a member of Rotary International since 1988, I found it to be an ideal platform for doing social-work and registered for an external Ph.D program in early 2002.

Because of my open mindedness and generally not being obsessive about anything in particular, it was possible for me to face the twists and turns in my life. As Dale Andrews (author of Things I Say to Myself) has said, ‘Obsession is just another round on the merry-go-round of unfinished business’.