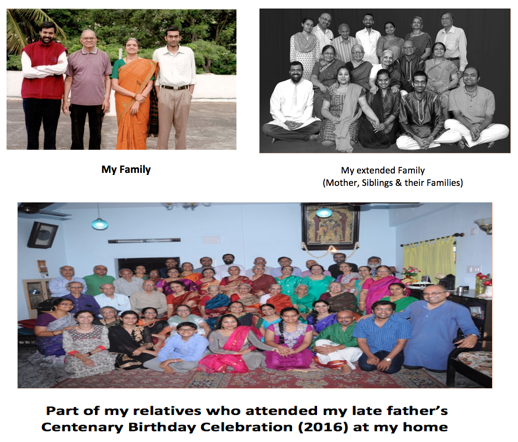 The first network I know of is my family and then our extended families – paternal and maternal relatives. Until I was sixteen, I spent most of my free time playing games like leg cricket, football, cricket, and indoor games like carom-board and Chess apart from watching a few movies. I didn’t have to put any extra efforts for this because I always had company. However, because I played games solely for enjoyment and wasn’t competitive, I didn’t take winning or losing seriously. Towards the end of high-school, I developed an interest in reading novels and I began spending my spare time alone.

For me, networking has always been just starting a conversation with someone with no destination in mind. Sometimes the conversation evolves into an interesting activity that adds value. Shekhar Borgoankar, a classmate of mine in college (during my engineering course), in one of our many conversations suggested (in early 1972) that I take the responsibility of Vice-President of the college branch of an organisation called Akila Bharathiya Vidhya Parishad (ABVP). I didn’t know much about ABVP but I agreed nonetheless. Having become an office-bearer, I organised a couple of programmes – Meet the War Hero, a talk by Capt. Sridhar of the Infantry division, who had just returned from the 1971 Indo-Pak war after liberating Bangladesh; a Seminar of Projects done by Final Semester Electronics students, with a talk on Current Trends in Electronics, by Prof. B.S.Sonde, who was then the Head of the Department of Electronics and Communications, Indian Institute of Science. Both programmes were well received and appreciated.

After resigning from my full-time job with Indian Telephone Industries Limited (ITI) in 1984, I had joined hands with Viswanath who was managing a small scale electronics manufacturing industry. He was one of the suppliers for my part-time business (1979-84).  While he was managing development and production activities, I managed sales, finance, and human resources. Sometime in 1986, a customer to whom we had sold some machinery—although he had a loan sanctioned from Karnataka State Finance Corporation (KSFC) for Capital funding—was dodging payment to us even after thirty days. Dr. Basavaraj, my former colleague at ITI happened to be the son-in-law of then Revenue Minister of the state. I explained to him the situation and he suggested that it would be better if I meet his father-in-law in person and got me an appointment. I explained to the minister that the salaries of employees could not be paid because we did not receive our payment from KSFC that was due to us. He immediately picked up the phone and called up the Managing Director (MD) of KSFC and informed him that he would be sending one of his friends who had some problem with KSFC and requested him to attend it on priority. The next day when I met MD of KSFC in his office, after listening to me, he called the Deputy General Manager (disbursement) and instructed him to release our payment at once. Good friendship with my ITI colleague thus helped our enterprise to realise a major payment without spending much efforts and any money. 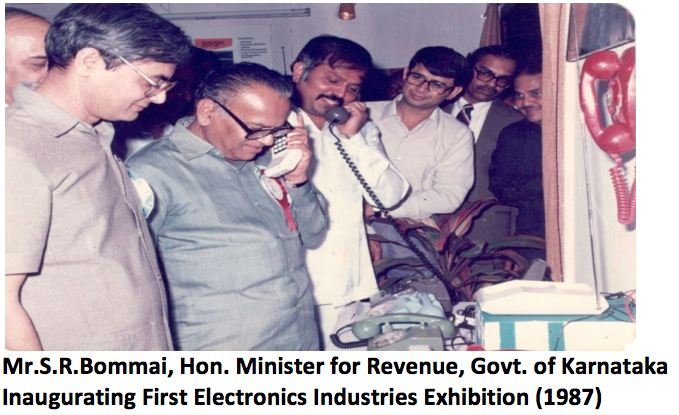 This experience made me realise the need to become member of an industries’ association through which I could address such grievances. Hence I enlisted our company as a member of the Consortium of Electronics Industries of Karnataka (CLIK). Within a short span of time, I was inducted into the governing committee of CLIK and designated as Joint Secretary. In 1987, CLIK organised a major exhibition cum seminar for the first time in Karnataka, by which time I was elevated to the position of Secretary of the association. I worked really hard along with a few more industrialists to make all the arrangements. Almost every evening we worked after eight until late night for nearly three weeks. We were able to sell over one hundred stalls; we managed to sell to a few of the major Public Sector Industries as well. 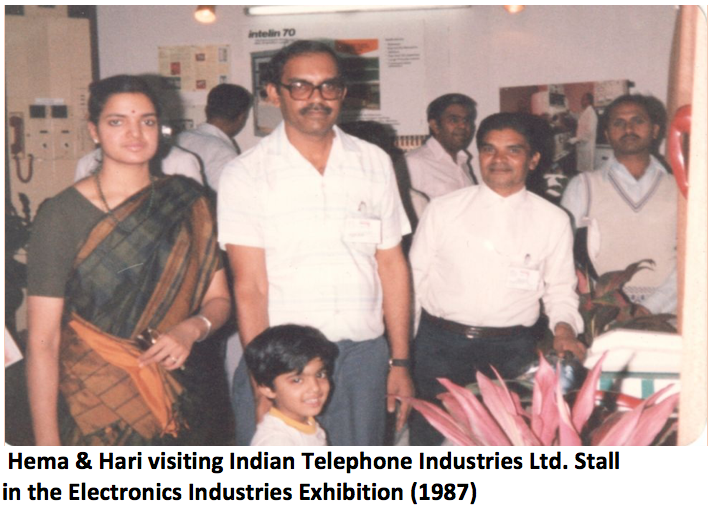 When CLIK wasn’t able to get a senior minister for the inaugural function, once again Dr. Basavaraj came to my rescue and requested his father-in-law, the Revenue minister to be the chief guest. Two years later, I was given the mantle of leadership of CLIK. Once again, in 1991, we organised a major exhibition-cum-seminar despite gloomy years of Indian Electronics Small Scale manufacturing sector due to the foreign exchange crisis. This time I had invited Mr. N Vittal, the dynamic Secretary of Department of Electronics, Government of India as the chief guest. The event was successful and well covered in the press.

I was one of the founding members from CLIK to form a Consortium company, in the name and style, Clixport India Private Limited during 1992, mainly with the objective of promoting exports from Small Scale Electronics industries to address the foreign exchange crisis that we were facing at that time. This company was supported by Small Industries Development Bank of India (SIDBI) with a grant and a conditional loan. As I had already exited my businesses in 1993, I was appointed as Executive Director of Clixport.

One of classmates from my post-graduate days, Mr. Ramanand (late), had invited me in 1988 to join the Rotary Club of Bangalore Koramangala. As the weekly meeting venue of the club was in Hotel West End, which was on my way back home from the factory, I accepted his invitation. I was quite inactive in Rotary due to my frequent foreign travels. Starting from 1997, I could afford to give some time for community service projects. These activities brought me closer not only to community problems, but a few members in my club. By the turn of the century, I was spearheading the club as President and had the opportunity to do fifty service projects as a mark of celebrating fifty years of my life on this planet. 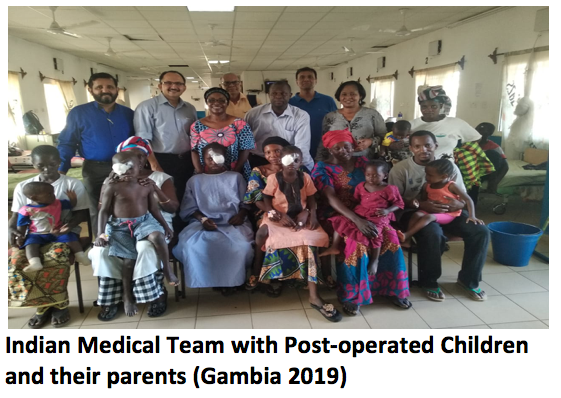 Over a period of time, I got motivated to develop service projects in the area of eye-care on the Rotary platform, utilizing compassion and service-mindedness of a few European Rotarians, who were ready to raise funds for the projects to serve the needy in our community. This network along with a few more well-wishers, over the last seventeen years has benefitted thousands of poor adults and children, not only in India, but in a few other countries like Cambodia and Gambia.

Self, Situation and Sustainability
Scroll to top