“To walk safely through the maze of human life,

one needs the light of wisdom and the guidance of virtue.

While virtue appears from good deeds,

wisdom appears from a pure and peaceful mind”. 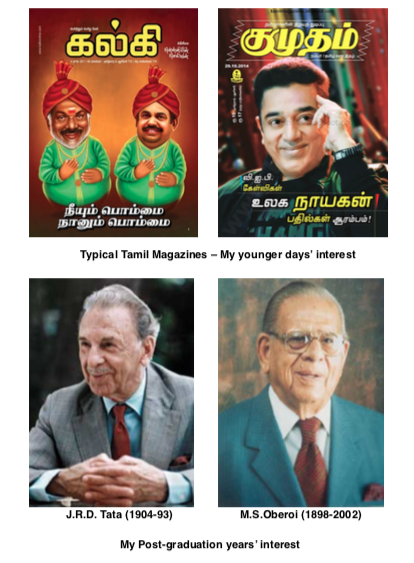 Human life is a mixture of necessity and freedom, chance and choice. The freedom of choice and how each one exercises it will depend on the nature and need of the individual.

In early 1971, my elder sister got engaged and my father was desperately trying to organise funds, but nothing worked out. He had no alternative but to sell a portion of the house (a little less than a third). With the money he obtained from the sale, my sister’s wedding was performed at our home. On the day of the wedding, I had my sixth semester examinations and two of my younger siblings had Pre-University examinations. A few of my relatives and friends helped in managing the logistics. Immediately after my exams, I had to undertake some modifications at the back of our house (because of the sale) and had to complete it before the beginning of the next semester.

During the end of 1972 I initiated a project to convert two front rooms of our home (facing the main road) into commercial space, so that they could be given on rent, which would help augment our family income. This was my Plan B, in case I don’t get a job immediately after my graduation. I rented out the modified commercial spaces to two Malayalee Christians (one was a shoe shop and the other a department store). I spent some of my free time in these two shops. My entrepreneurial baptism was informally solemnised here apart from me picking up the rudiments of Malayalam!

Fortunately, within few months of my graduation (1973), I was selected by the Indian Telephone Industries Ltd. (ITI) through a competitive process of examination, group task, and interview. The department store was running successfully and my tenant needed more space to expand his business. I told him that if he would fund the cost of building on the first floor as much area that he would require for expansion, then I would treat that amount as rental advance. Thus, our ancestral home was converted into a two-storey building in 1977.

After joining ITI, I enrolled for admission to the Executive Post-graduate diploma program in Industrial Management, which was launched just then by the Department of Commerce, Central College (1974). From my earliest boyhood years, I read a lot of Tamil weekly magazines and from my high-school days, I read a great deal of English magazines and novels. After enrolling in a management course, my interest was shifted to reading about successful businessmen – the Tatas, Birlas, Goenkas, Oberois, etc. I was particularly impressed with the management style of J R D Tata, which perhaps triggered my entrepreneurial spirit some time later. By the time I completed an Executive MBA specializing in Marketing (1979), I had obtained a promotion and had completed installing few of the newly designed Tele-control systems for Indian Railways. Having derived satisfaction as R&D Engineer, I was looking forward to new challenges.

One day in August 1979, I received an intercom call from one of my colleagues from the production department, requesting me to visit him as he had some problem with an Electronic Counter. I visited him along with my project mate. We identified the problem and fixed it. My colleague was relieved and profusely thanked us. I was curious to know the price that my colleague had paid for the counter because it was supplied by a leading State Public-sector Undertaking. I was shocked when he revealed the price, since it was nearly four times more than what I had estimated. When my colleague told that he planned to replace the counter, I asked him whether he would be interested in buying a minimum of ten counters if the price was to be a quarter of what he had paid. He replied that he would not have any problem as the total value that I had quoted was less than twenty-five thousand rupees (because that could be procured without going for a tender). With this I began my part-time entrepreneurial journey.

My interests were changing faster than I could act. So I decided to create a framework to bucket the different types of needs that I have to fulfil, as well as the mindset that I must possess to get the desired outcomes.

This framework helped in maintaining a neutral mindset, because of which I developed the required attitude based on the perceived need and the possible outcome. As I progressed in my life, this framework also helped me come out from some of my ventures and projects where I could not convince my partners to fall in line with my approach. I don’t have any regrets, as I value peace of mind more than anything else.

Emotions and Economics
Scroll to top