“Migration will serve its purpose better if it is in the direction of modernization of mind and being more flexible“.

Flight is one of the most astounding of avian attributes. Perhaps the most intriguing aspect of flight is one that we cannot see – the ability of birds to traverse great, sometimes incredible distances. The Arctic Tern is the world champion of long-distance migration. Tracking studies have found that these birds make annual journeys of about 70,000 km. Birds migrate from areas of low or decreasing resources to areas of high or increasing resources. The two primary resources being sought are food and shelter (nesting location).

Early humans also migrated for similar reasons -– changing climate and landscape as well as inadequate food-supply for the population. The Age of Exploration and European Colonialism  led to an accelerated pace of migration. War, genocide, and natural calamity, as well as crisis sparked by them, had an enormous impact on migration. Perhaps since the eighteenth century, the pace of migration has been on the rise. Trans-national labour migration reached a peak of three million migrants per year in the early twentieth century. These days, people even migrate to settle down in a quieter place after retirement from work.

Historically, men have typically migrated for work (profession or business) and women because of marriage. In India, as per the 2011 census, nearly 454 million people (37% of the population) settled in cities or towns that were different from their previous place of residence. During 2001–11, 70% of people who migrated were women, mainly because of marriage.

It was sometime during early 1870s, my father’s paternal grand-father Raghavachar migrated from a small village, Madhuravasal, situated eight and half miles from Madras, to the city of Bangalore to take up a clerical job at the office of Bangalore City Corporation, situated in Mayo Hall on South Parade Road (now Mahatma Gandhi Road). This is the first recorded migration from my paternal side. 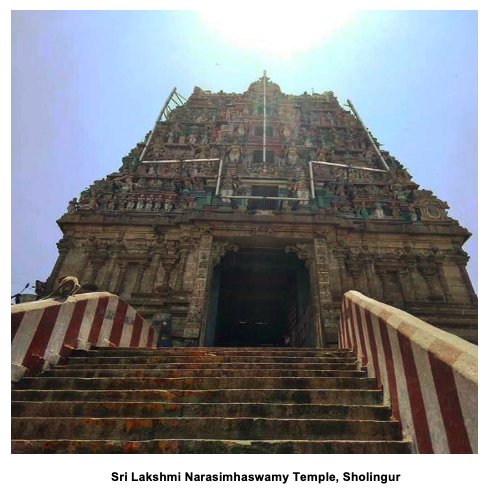 Sometime in 1888, Thiruvengadachar, my father’s maternal grand-father migrated from the tiny village of Sholingur (it was here that the second Anglo-Mysore War was fought between Sir Eyre Coote and Hyder Ali / Tippu Sultan in 1781), situated around fifty-nine miles from Madras, to the city of Nellore, a town situated on the banks of the Penna river, in the erstwhile State of Andhra Pradesh to take up a job of a school teacher.

Thus, my father’s grand-fathers, born and brought up in villages, though closer to a well developed Madras, migrated to neighbouring States of Karnataka and Andhra Pradesh for the sake of employment.

My mother’s mother’s great grand-father Srinivasacharya migrated sometime during early 1860s from  Karur, a town in Tamilnadu, on the invitation of Krishnaraja Wodeyar III, the king of Mysore, for his scholarship in the scriptures and was given lands and gold to settle down in the village of Ukkaligere, situated around twenty-nine miles from Mysore. As per the records that we have, Karur Srinivasacharya was born twenty-three generations after Sudarshanacharya, a direct disciple of Saint Ramanujacharya, the famed eleventh century proponent of the Vishishtadvaita school of philosophy.

Around the same time in the early 1860s my mother’s father’s great grand-father Ramanuja Chakravarti was invited for his scholarship and was given lands and house by the local chieftain of Sosale, situated about twenty-five miles from Mysore, to take care of the management of the Sri Venugopalaswamy Temple (today being taken care by my cousin Sri. Rajagopal). He was earlier living at Kalale, another village situated at the southern tip of Karnataka, about nineteen miles from Mysore. He was a descendant of one of the seventy-four Chakravartis (religious teachers) nominated by Ramanujacharya to spread Vaishnavism. 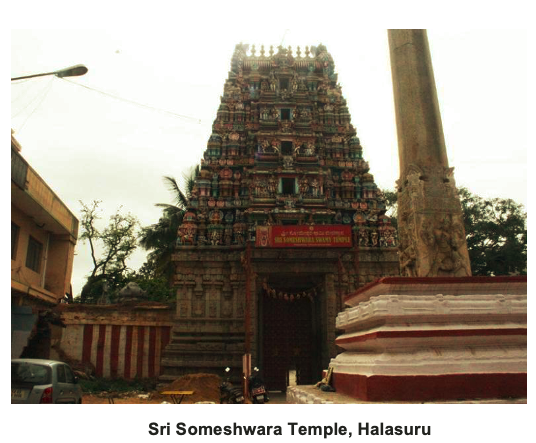 Raghavachar, who moved from Madhuravasal to Bangalore, was living in a rented house in Ulsoor (now called Halasuru; it was the closest residential area to Mayo Hall) near the renowned Someshwara Temple that was built during the time of King Rajaraja Chola (c. 11th century CE). Sometime in 1876, Raghavachar got married to Thiruvengadmma, who was born and brought up in a village called Pattasomanahalli, situated around twenty miles from Mysore. As Thiruvengadamma was the only married daughter, the other daughter being a widow, Raghavachar’s father-in-law, who was himself a widower, suggested the idea of buying a house in Bangalore with a request to take care of his widowed daughter as well. He handed over to his son-in-law a few hundred rupees, the sale proceeds of land holdings that he had.

Kistnappa who had served in the durbar of Maharaja of Mysore was given a piece of land in Halasuru as a gift by the king, on which he had built a spacious house with bamboo and mud roof.  During 1877 Kistnappa was looking for a buyer for his house as he was desperately in need of money. Around the same time Raghavachar was also looking to buy a house in Halasuru.

After a good deal of negotiation, the spacious and eco-friendly house built on 180 feet X 40 feet site was bought for a meagre sum of Rupees Eight hundred only. The house was situated on the artery road leading to Madras and had to its right Lord Subrahmanya Temple (less than 100 metres), in the front Someshwara Temple (less than 150 metres) and to the left Devi temple in the form of Kali (less than 100 metres). Within a few months of Raghavachar and family moving into the house, his first child Kanakamma was born.

Thus, Madhuravasal Raghavachar started his family life in his own home at Bangalore surrounded by temples with the new born from August 1877.

Note: My apologies to the readers who have read ‘Roots and Wings’ and ‘Doing Well, Feeling Happy’ for repeating some of the facts about my fore-fathers. It is meant for those readers who are reading this blog without the background information about my forefathers.