“What gets measured gets managed.”

Whenever we come across the word metric generally we relate to numbers or grades. Many of us want to know our position in a group, be it a class in a school or college or even at work. More so in countries like India, there being a huge gap between demand and supply for most things, including admission in a school or college or getting a job, it is but natural we constantly compare ourselves with contemporaries based on some convenient parameters – marks, rank, salary, designation, etc.

I realised much later in my life, perhaps after my fiftieth year, that from a very young age I was not competing with anyone for anything. I was more duty-bound. Completing the work on hand was more important to me than competing. Even in games that I played—outdoor games like cricket or indoor games like chess—never even in the back of my mind was there a semblance of anxiety of winning or losing. I derived enjoyment in playing and winning sometimes was incidental. I don’t remember getting excited when I stood first for the University and received a gold medal in my Post-graduate diploma program or when I received my Ph.D certificate after completing sixty years. This may be due to the fact that right from my younger years, whenever I received a prize in the school for a debate that I had participated or being first in a subject, there was no excitement shown at home by my elders.

As a Research and Development (R&D) engineer, it was really exciting to see the equipment that we had designed working in the field conditions, though some of the problems that I had faced in the field were quite complicated. Over a period of time, the R&D job was no longer exciting for me and hence, I looked at other opportunities. Exploring the possibility of being on my own was the next exciting activity and hence I decided to be a full-fledged entrepreneur. While getting an order from a discerning customer was a challenge, collecting money for the jobs executed was a bigger challenge! Similarly, while borrowing money from the Public-sector banks under government programs for Small and Medium Enterprises (SMEs) was a challenge, repaying the loans with interest in time was a bigger challenge. Extending this, learning about new technologies or management practices was interesting, but complying with all rules and regulations of government was frustrating. Though the enterprise grew pretty fast in three years time, I did not realise the fact that growth would attract attention of other players in the industry and bureaucrats who start giving trouble directly or indirectly. This required extra efforts to safeguard the company from raids and other related issues.

I observed during my entrepreneurial years, the typical metrics that most of the businessmen used for measuring one’s success were based on the car that one drives,  the club membership(s) that one possesses,  the locality in which one lives and of course, the wealth that one has created. Throughout my entrepreneurial life (1979-2001), I was conscious mostly about my freedom and borrowings from financial institutions or individuals, apart from comfortable survival. As a first generation entrepreneur, fortunately I had not given importance to the parameters that determine status, as much as I gave to values that provided the required stability and fulfilment of having completed the job on hand, which was needed for sustainability.

Most of us are aware of Intelligence Quotient (IQ) which is a measure of intelligence that is adjusted for age. The most widely used tests for adults consider brain volume, speed of neural transmission, and working memory capacity. However, these scores may not be relevant for several tasks. In today’s fast-changing technology-driven world, it is important to understand the need to live on our own independently by learning / retaining the required knowledge and skills to manage our well-being – physical, emotional, and intellectual apart from economic well-being in one’s own perspective. Therefore, it would be ideal if each one could develop his / her own metrics to achieve this. The formula that I have developed for myself is

Contentment (with or without feeling Happy) = IE2 where

In other words, we have to use our intelligence to balance emotions and economics to lead a contended life, which may make us feel happy. Hence, it is important to initially develop the required intelligence to understand these variables as applicable to oneself in the context of environment (includes family and society) in which one lives.

I have always encouraged every member of my family to be independent and feel free to seek advice or suggestion as and when needed. I have also segregated budgets for supporting myself, my family, and social causes in terms of time, efforts, and money. I consciously manage these resources within the set budgets.

I agree with the words uttered by Rev. Sunday Sunkanmi Adelaja (b. 1967), a Nigerian by birth, graduated in journalism from Belarusian State University in Minsk of former Union of Soviet Socialist Republics (USSR), and became a pastor in the church that he established himself at Ukraine – “It is important to measure your life by the value you have added.” I also endorse what Martin Luther King Jr. had said – “Be careful not to measure your holiness by other people’s sins.”

for the cause of youth and diseased across the world. 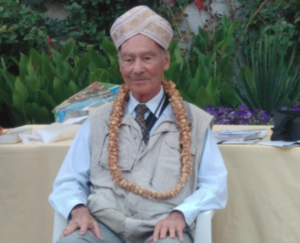 Reward and Recognition
Scroll to top