“No self is of itself alone. It has a long chain of intellectual ancestors. The “I” is chained to ancestry by many factors. This is not mere allegory, but an eternal memory.” – Erwin Schrödinger (1887–1961), Nobel Laureate

The village of Bangalore is said to have been gifted to Kempe Gowda I (1513–1569) by the Vijayanagar emperors. The Ulsoor Lake was built by his successor, Kempe Gowda II, and is the only surviving tank built by the Gowda kings in Bangalore. The first British military station was set up in Halasuru in 1807.

Halasuru is one of the oldest neighbourhoods in the city of Bangalore. Earlier, Halasuru was considered to be in the eastern part of Bangalore with a dominant Tamil-speaking population. Halasuru is renowned for its numerous temples and narrow streets. There used to be a jackfruit orchard near the Ulsoor Lake, and the Kannada name for jackfruit being ‘Halasina hannu,’ the area came to be known as ‘Halasuru’ (‘uru’ means ‘town’ in Kannada). During the British rule, the name was anglicised to ‘Ulsoor.’ Most of the residents of Halasuru were either from the working class or were small-time traders or contractors. Now it is very much part of central Bangalore and has become cosmopolitan.

Every house will have an address; #32, Madras Road, Ulsoor, Bangalore was the address when Raghavachari bought the house from Kistnaiah in 1877. Just as the house went through several modifications over time, the address underwent changes on a couple of occasions. When I write about modifications in my forthcoming blogs, I will mention the address changes. 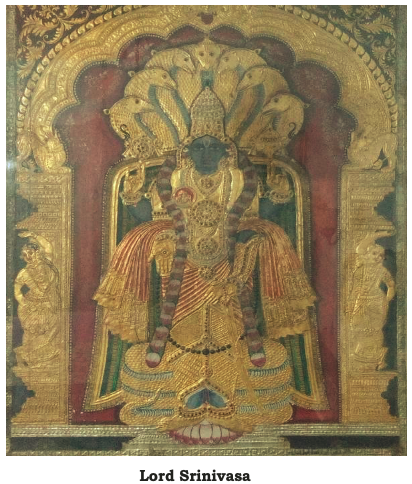 Our ancestral home was already seventy-three years old when I was born. Most of the information that I have gathered about my ancestral home is from my paternal grandmother Kaveriammal, who moved into this house sometime during 1901 from Nellore after her marriage to M A Srinivasachar – the eldest son and second child of Raghavachari. Over the years, I learnt more about my paternal forefathers and the house from Prof. M Narayana Iyengar—Kaveriammal’s brother, who was a Professor of Mathematics—since he was also the son-in-law of Kanakammal (Atthanga paati), who was the first new-born (1877) in my ancestral home. 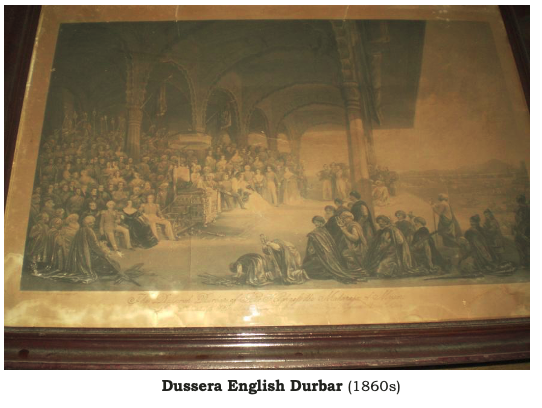 While buying the house, Raghavachari got some valuables along with it – A unique Tanjore painting of Lord Srinivasa, a replica of which is supposed to be in the Srirangam Ranganatha Temple and the Melkote Cheluvanarayanaswamy Temple and nowhere else; a painting of the ‘English Durbar’ that was exclusively held for British officers during Dasara at Mysore, which is a replica of the painting on display at the Victoria and Albert Museum, London, with the only other copy at Jaganmohan Palace, Mysore (many have visited our ancestral home just to have look at these two paintings!) and another Tanjore painting, that of a popular motif – Baby Krishna. 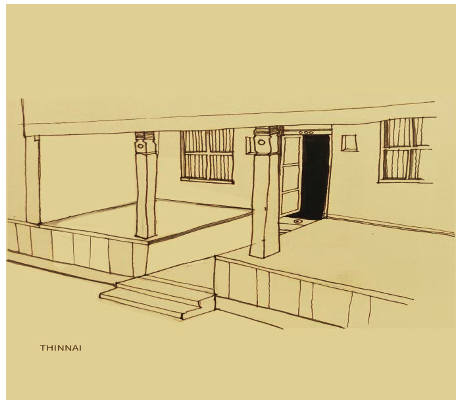 During the nineteenth century many houses did not have any gate or door in the front and our ancestral home was no exception. The main door was some sixteen feet inside. There were two tinnais (pyols or raised platforms) in the front veranda. In addition to being used by the family members of the house—mostly the menfolk sat on the tinnai to engage in casual banter—strangers too could take rest there without entering the house. Sometimes, their needs—like water or food—would be taken care of by the members of the household. This is just an illustration of the hospitality of the people in the bygone days.

The house had two verandas – one in the front after the tinnais and the other at the back. As one entered from the front veranda, there was a big hall and six rooms – three to the right and three to the left, in addition to the dining hall and kitchen. One room was exclusively assigned for women who had delivered babies (It was called ‘Pillai petta room.’) Since 1877, starting from Kankammal (1877–1973), more than twenty members of my family, including me and my younger sister Dr. Vijayalakshmi (b. 1955) were born in our ancestral home. It was only since 1963, when my youngest sister Latha was born, babies were delivered at hospital.

There was one shelf in the dining hall called ‘Ganga porai’ (‘Ganga shelf’). I came to know much later—circa 1960, why the shelf got such a name. When the house was bought, there was a small shelf (depth in the wall) in which water from the sacred river Ganga was kept. When people die, there was a practice of feeding a few spoons of the holy water to the corpse. After people turned fifty, they typically visited pilgrimage centres such Haridwar and Banaras, collected water from the Ganga, and brought it home. 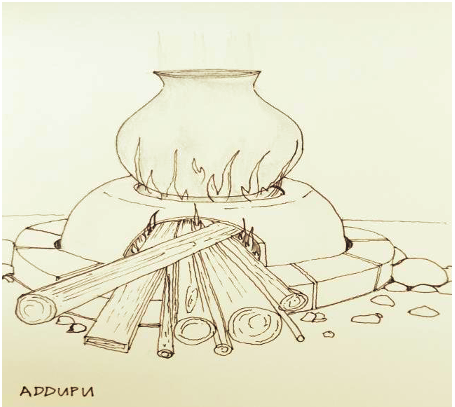 The house was built with bricks covered with mud and later a coat of lime. The roof at a height of eight feet was laid on a bamboo structure covered with mat and mud mixed with lime. The top of the roof was coated with some mix to make it waterproof. The roof was supported by wooden pillars. There was a small raised platform in the kitchen on which the fireplace for cooking was built (called addupu in Tamil) with stone, bricks, and mud. The toilet was some forty feet away from the back of the house. There was an independent puja room, which doubled as a store room.

In the evenings the house was lit with oil lamps; electrification happened much later. On any given day, there were between eight and fifteen people living in the house. There were even couple of weddings performed in the house, which I will write about later.