(Translation of a Tamil Couplet) 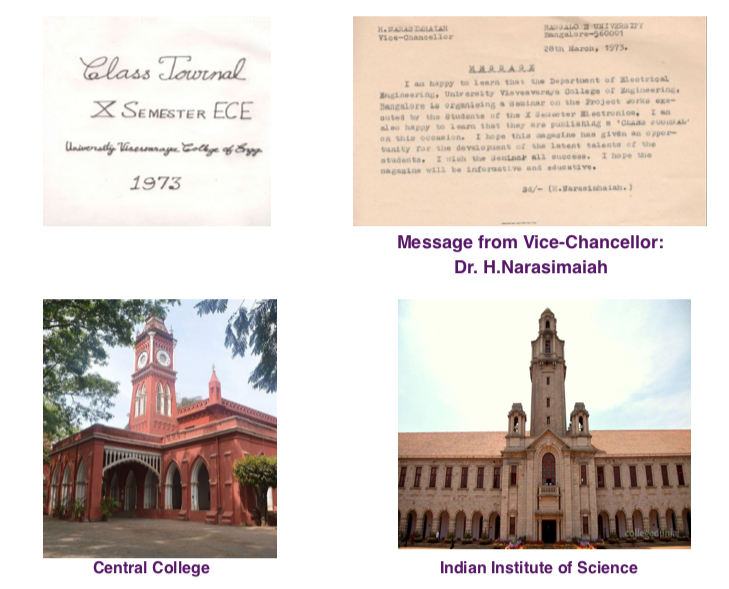 While knowledge and technology have become the key drivers for today’s world economy, sensationalism has become the key for all forms of media to sustain and grow their businesses. Because we depend on the media for information and entertainment, it can become a major source of distraction for serious learning. For this reason, focussed learning has become an essential requirement to conduct our lives meaningfully and be happy. We are not born with the required knowledge and skills to conduct our lives. Knowledge comes with learning. Skills develop with doing. It is essential that the learning process becomes a source of joy rather than a painful practice.

I recall that in my very young days I loved to be with people; it might be in a room or in a playground. I was a compulsive talker. When I had an attack of diphtheria (1970) and was admitted to Isolation Hospital, I had to be alone for almost five days. This is perhaps the longest duration I’ve had to remain silent and so I used it for contemplation. Within a couple of months after this, I met with an accident on the road, in which I lost almost thirteen teeth; I needed a couple of partial dentures to make good for the lost teeth. These episodes happened while I was in the thick of my engineering education. Without any structured learning process, the above experiences toughened my mind to face realities in the future.

Though we all know the purpose of learning is to develop the required knowledge in a particular domain, it seldom happens that way, especially during the graduation years. The transformation from the playful years in school to a hectic college life itself was a challenge. Apart from the biological and psychological changes that are normally associated during those years of adolescence, I had to handle totally alien subjects that I could hardly understand. Further, most of my academically serious classmates were residing in the South and West Bangalore and I lived in the East. Hence, there was not much opportunity for me to discuss or do combined study with my classmates. Fortunately during my childhood and youth, we had neither Television (except as a subject in my tenth semester) nor telephone (not even a land-line at home) to distract me. I had most of my waking hours for my studies.

Throughout my engineering course, I had to rely mostly on books borrowed from different libraries apart from the college library – American Centre, British Council, Canara Bank Book-lending Library, Indian Institute of Science (IISc.) and Aeronautical Development Establishment (ADE), where a friend of my cousin was employed. Cycling to all these libraries and preparing notes from the borrowed books was a great experience and this method of preparation helped me in the long run. My paternal grandmother’s younger brother who lived in Malleswaram was a Professor of Mathematics and could solve any mathematical problem at any hour of the day. Every week I would go over to his house directly from the college and spend some time there. This helped me get good marks in mathematics. While five years of cycling around Bangalore was a good physical exercise, visiting many libraries and preparing notes laid a good foundation for my career.

An interesting segment of my engineering education was the all-India tour that I went along with my classmates and a lecturer for two weeks (1972) visiting Madras (now Chennai), Calcutta (now Kolkata), Chandigarh, Shimla, Delhi and Bombay (now Mumbai). We had to cancel Hyderabad because of  some agitation going on there. The cost of the circular ticket was just seventy-two rupees! Though reservations had been made for our stay in each of the cities, wherever I had relatives, I broke away from my team for the evening and stayed with relatives to join them again the next day for industry visits. Travelling and visiting industries across India was a huge learning experience.

During my final year (1972-73), I volunteered to be the Class Representative. I took the initiative in organising a seminar to present the projects that students of my class had undertaken as part of the curriculum. I requested one of the senior professors of the Electronics and Communication Department at IISc. to be the chief guest for the seminar. I also took the initiative in bringing out a Class Journal, putting together synopsis of the projects done by my classmates along with a few stories, poems, and jokes they wrote. Being the editor of this magazine, I met the Vice-Chancellor, Principal, Head of the Department, and a few other professors to get their messages. To bring out the magazine, I worked with the typists of Electrical & Electronics department to cut the stencils, which were used to make copies by cyclostyling (as there was no computer or paper-copier machine those days). All this experience helped me during my entrepreneurial years.

The real learning happened only when I joined Indian Telephone Industries Limited (ITI) as a Research and Development Engineer immediately after my graduation. I was part of a team of three engineers who were given the responsibility of designing Remote Control and Telemetry System for Railways (including Calcutta Metro) and Electricity Boards. The other two also were freshers like me. Working as a member of the design team, interacting with many groups within R & D division and other divisions like System Engineering, Pilot Production, etc., as well as meetings with the top management for reviewing the progress of the projects gave me an insight into various systems. This motivated me to join part-time Postgraduate courses in management (1974-75 and 1977-79) at Central College and Software Engineering at Indian Institute of Science (1981-82) later.

While working with ITI, I also ventured to become a part-time entrepreneur (1979-84) and the learning became more intense. However, constantly I was conscious in fulfilling responsibilities towards my family. One such responsibility was marriage, which initiated me into a new life!

Nature and Needs
Scroll to top