“Happiness is not to be found in possessions.

Happiness is a state of mind, it comes unsought and it is

by-product of wholesome, sensible and unselfish living and thinking”.

In 1922, Albert Einstein1 travelled to Tokyo for a lecture tour.

The story goes that soon after he had settled in his quarters at the Imperial Hotel, a bellboy arrived to deliver a message to him. It was then that one of two things happened: either Einstein realized that he had no small change with him to tip, or the bellboy refused any compensation in accordance to the local custom.

So instead, Einstein scrawled two messages on the hotel stationery before handing them to the bellboy. “If you are lucky,” he said, “the notes themselves will someday be worth more than some spare change.” Indeed, those notes sold for $1.3 million in 2017. What’s relevant is not the monetary value of the notes themselves but what was inscribed upon one of them. In a way, we could call that Einstein’s Theory of Happiness.

A calm and modest life brings more happiness than the pursuit of success combined with constant restlessness.

It’s far less complex than most of Einstein’s theories, as you can see! But, if anything, it’s equally profound and meaningful. And while there’s no way of knowing for certain, it’s possible that Einstein was reflecting on his growing fame when he wrote this note. Whether or not Einstein believed what he wrote, I feel it aptly defines happiness. I imbibed this concept, not out of desire but unconsciously from my elders—in the typical middle-class joint-family environment—much before reading Einstein’s theory of happiness!

There appears to be two types of desires – ones that we have and ones that the world believes we should have. Sometimes they are one and the same but other times they are entirely different. We often believe that happiness lies in things like gaining knowledge, earning money, acquiring power, and achieving celebrity status at different stages of our life. We seek these things because we desire control in a world where, for all we know, everything is inherently meaningless. But at the end of the day all we really have control over is our own lives. If we truly want happiness, I believe that realizing and accepting that fact is the first step towards finding it. For example, if we want to earn money legally, either we have to work or start a business that will generate profit. Having chosen the established process of school education, graduation, employment, raising a family, and subsequently entrepreneurship to take care of myself and fulfil family responsibilities, by the time I had the desire to know, understand, and experience happiness, I was over fifty years.

There is a difference between knowing and knowledge; a lot of people seem to confuse one for the other. While knowledge is that we gather from outside world through observation, listening, reading or interactions, knowing arises from within. Knowledge is memory, that is of the mind, but knowing is existential, which is of the being. Knowing arises when we are in touch with our being. When we are just being without doing anything at the level of body, mind, and energy, we are in touch with the knower within. Knowing is seeing things as they are and not as they appear to be. That’s why knowing is subjective and arises in rare ones; it is thus opposed to knowledge which can be acquired by one and all like any other object. Knowledge binds us whereas knowing liberates. Hence, knowledge is bondage and knowing is freedom2. It is important that we are liberated—at least internally—if we want to seek happiness.

For almost five decades I pursued what I considered my duty and fulfilled the demands of the jobs that I handled; be it for profession or business, family or social service. While performing my duties, the moment I felt uncomfortable due to actions of my superiors at my job or colleagues at work or partners in business, I generally developed a plan to distance myself diplomatically after understanding the reason; invariably the reason was that individuals gave more importance to their personal agenda rather than the objectives of the institution. I have always considered the institution—however small or big—where I’m actively involved as a member, irrespective of my position, is more important than me, an individual.

Sometime during 2002, after I gave up the business I had founded with a few associates in 1992 and moved on to do other things, I came across ten important lessons for leading a happy life propounded by Lao Tzu, founder of Taoism. One of them was to be content with what you have; rejoice in the way things are. When you realize there is nothing lacking, the whole world belongs to you. This only convinced me that I did the right thing. As I moved on in my life, I came across the wise words of Andrew Carnegie – if you want to be happy, set a goal that commands your thoughts, liberates your energy, and inspires your hopes. These words motivated me to get more involved in socially relevant activities through the well-established Rotary platform, in addition to pursuing research I was engaged in and fulfilling family responsibilities. Professionally I was engaged in one or the other advisory / mentoring assignments for industry and Business schools.

In 2018, I decided to completely step back from a few assignments that I had taken up. I further decided to share the journey of my life by writing a blog. The jobs that I’m currently involved with—the Rotary Avoidable Blindness projects and Mentoring of start-ups that operate out of the incubator that I had established in 2015—are done on an honorary basis, so I’m free from obligations to any individual or institution.

I have never been a routine-driven person although I understand that generally routines are essential for maintaining good health. Subsequent to my surgeries in 2008, I maintain a walking and exercising routine to a large extent (an average of 21 days in a month), which generally takes care of my physical fitness. Another aspect that I have managed to bring under control—whenever I am at home—is eating on time and limited food – mostly fruits and vegetables with less of carbohydrates. On an average in a year, I spend about seventy percent of my time at home. I’m able to enjoy uninterrupted sleep for about six to seven hours in a day.

Sunder Pichai, CEO of Alphabet (holding company of Google) recently said, a person who is happy is not because everything in his life is right, he is happy because his attitude towards life is right. I strongly agree with this.

“Your success and happiness lies in you.

Resolve to keep happy, and your joy and you

shall form an invincible host against difficulties”.

I dedicate this last blog to my grand-mother Kaveriammal (1888-1984) and my mother Indira Venkatesan (1927) who influenced my life by the way they conducted their lives. 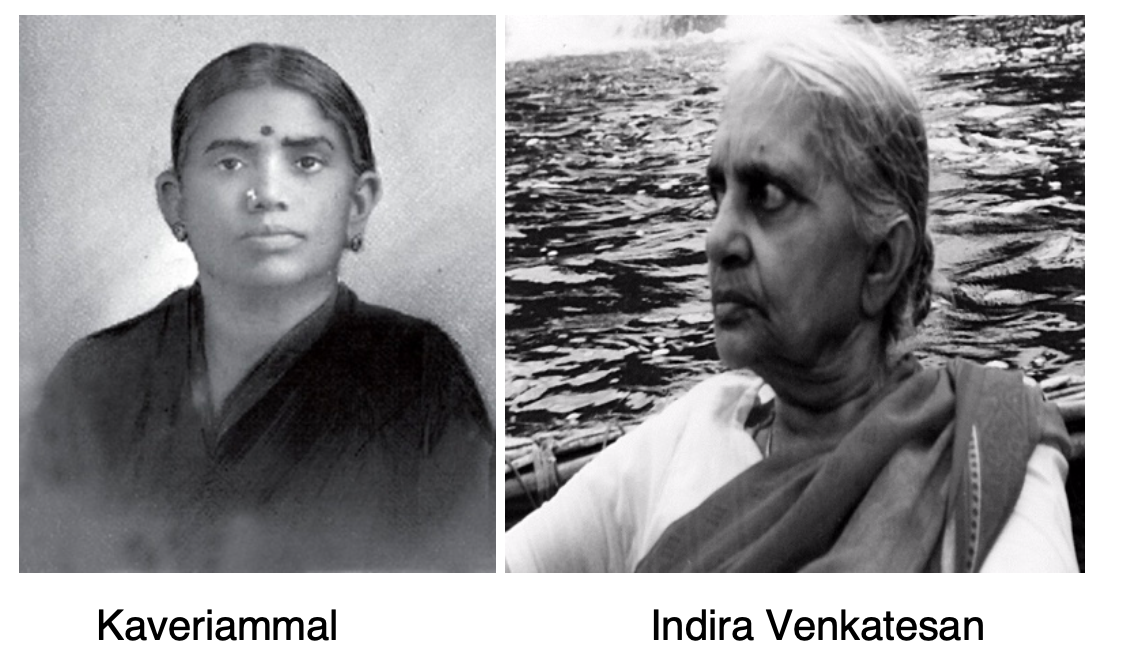 Ref: 1. Einstein anecdote is courtesy Nish Jayram, USA, answer to the question, ’what is happiness for you’?

Spirit of Rotary and Positions Served

Musings on Migration
Scroll to top